• Basics: known as amygdalin, vitamin B17, sarcarcinase and nitriloside, metabolised by the body to produce cyanide.

• Benefits: helps in reducing blood pressure and pain associated with arthritis, used as an anticancer treatment in humans.

Laetrile, also known as amygdalin, vitamin B17, sarcarcinase and nitriloside, is a natural substance found in the pits of some fruits and nuts. Laetrile is a compound that can release cyanide, a lethal molecule. Vitamin B17 is the name given by Krebs, Jr., in 1970 to a group of compounds encompassing both amygdaiin and the derivative that he made. Though it is sometimes sold as “Vitamin B17”, it does not fulfill the classic definition of a vitamin, as no disease is associated with a dietary deficiency of Laetrile. This commercial product is extracted from apricot seeds, which are in the same genus (Prunus) as the almond. Amygdalin is metabolised by the body to produce cyanide which is converted by the liver and muscles to thiocyanate. In the body, the two sugar molecules are split off probably by bacteria in the colon by the enzyme beta glucosidase and are replaced by glucuronic acid to form a compound consisting of glucuronic acid bound to benzaldehyde, which is bound to cyanide. Amygdalin consists of 2 sugar molecules, a benzaldehyde and a cyanide radical (the benzaldehyde-cyanide radical is called mandelonitrile). 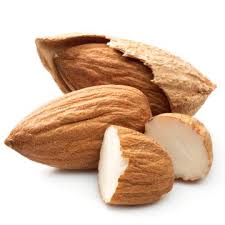 Vitamin b17 also helps in reducing blood pressure and pain associated with arthritis. Amygdalin was first isolated in 1830 and was used as an anticancer agent in Russia as early as 1845. It’s first recorded use in the United States as a treatment for cancer was in the 1920s. Laetrile is a compound that has been used as an anticancer treatment in humans worldwide. It is not approved by the Food and Drug Administration for use in the United States. Amygdalin is a plant compound that contains sugar and produces cyanide. Cyanide is believed to be the active cancer-killing ingredient in laetrile. The enzyme present in normal cells that protects against the toxicity of cyanide is rhodanese (or sulfur transferase), which adds a sulfur atom to free cyanide to form thiocyanate, a relatively harmless substance. Cancer cells do not have significant amounts of this enzyme, they cannot make this conversion. 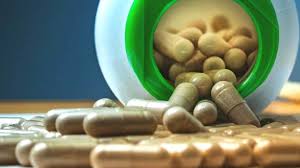