Life Essentials Plus offers a broad spectrum of vitamins, minerals, antioxidants and other natural ingredients in one complete formula. This combination allows the micronutrients to work together synergistically improving absorption and assimilation. This formula contains natural and herbal supplements not found in most multivitamin formulas. These supplements work with a variety of bodily functions to support total health. If you are seeking a complete nutritional supplement to support good, overall health, look no further than Vitabase’s Life Essentials. 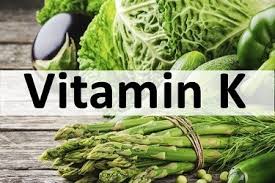 Vitamin K is found in plants as phylloquinone (vitamin K1) and in animals as menaquinone (vitamin K2). Vitamin K2 is the collective term for a group of vitamin K compounds called menaquinones. Vitamin K2 now refers to any of the series of vitamin Kcompounds having unsaturated side chains, which are found in animals and bacteria. Vitamin K2 is a lipid soluble vitamin that is normally produced in the gastrointestinal track by bacteria but is available in synthetic form. Vitamin K2 is found in chicken egg yolk, butter, cow liver, certain cheeses and fermented soybean products such as natto. Natto is by far the best food source for vitamin K2. This form of vitamin K is also produced by certain bacteria, including some of the bacteria that comprise the microflora of the intestine. The dietary contribution of vitamin K2 is much less than that of vitamin K1.

Vitamin K2 is more effective than vitamin K1 with respect to osteoclastogenesis likewise hypocholesterolemic effects and the ability to slow atherosclerotic progression have only been observed with vitamin K2. This may be due in part to the geranylgeranyl side chain of vitamin K2 which is thought to inhibit the mevalonate pathway, thus preventing the prenylation of growth factors required for osteoclast activation in much the same way as nitrogen-containing bisphosphonates. Vitamin K2 is the most biologically active form of vitamin K. It is also the most beneficial for bone health maximization. Vitamin K2 (menadione) may improve a group of blood disorders known as myelodysplastic syndromes (MDS). Vitamin K2 (menatetrenone) can prevent fractures and sustains lumbar bone mineral density in osteoporosis. Vitamin K2, combined with vitamin D and calcium, has been used primarily as treatment or prevention of osteoporosis. Vitamin K2 and its derivatives induce apoptosis in leukemia cells and enhance the effect of all-trans retinoic acid.