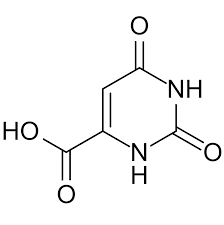 Vitamin B13 is a compound from distillers consisting of dried solubles. It was later identified as orotic acid, an intermediate in pyrimidine metabolism. Orotic acid (OA), a naturally occurring substance, is a key intermediate in the biosynthetic pathway of pyrimidines. Orotic acid can partially compensate for B12 deficiency. Good sources are root vegetables and whey. An orotate is an insoluble organic salt formed by the binding of orotic acid with a mineral. Minerals such as calcium, potassium and magnesium are available in the orotate form. Mineral orotates are easily absorbed and utilised by the body. Minerals are actively transported from the digestive system into the blood stream by orotate salts. Once in the blood stream, the mineral separates from the orotate. The mineral is no longer bound to the orotate salt and is now free to exert its therapeutic action..

Vitamin B13 is primarily used for metabolization of folic acid and vitamin B12. Orotic acid is used as a cosmetic ingredient, in medicine, as a feed supplement and in biochemical research. Orotic acid may improve myocardial purine and pyrimidine levels by stimulating hepatic release of uridine into the bloodstream, which in turn augments depleted myocardial pyrimidines and purines (rat heart). Orotic acid can improve the energy status of the recently infarcted myocardium (rat hearts). Orotic acid improves the tolerance of the recently infarcted heart to global ischemia (rats). Orotic acid is recognized as a treatment for multiple sclerosis and is dispensed under the name of calcium orotate. Magnesium orotate may reduce the severity of chronic myocardial dysfunction and structural damage in cardiomyopathy (cardiomyopathic hamsters). Magnesium orotate may improve exercise tolerance in patients with coronary artery disease and in trained athletes (humans). Magnesium orotate has only a weak inotropic effect, if any, on normal hearts. 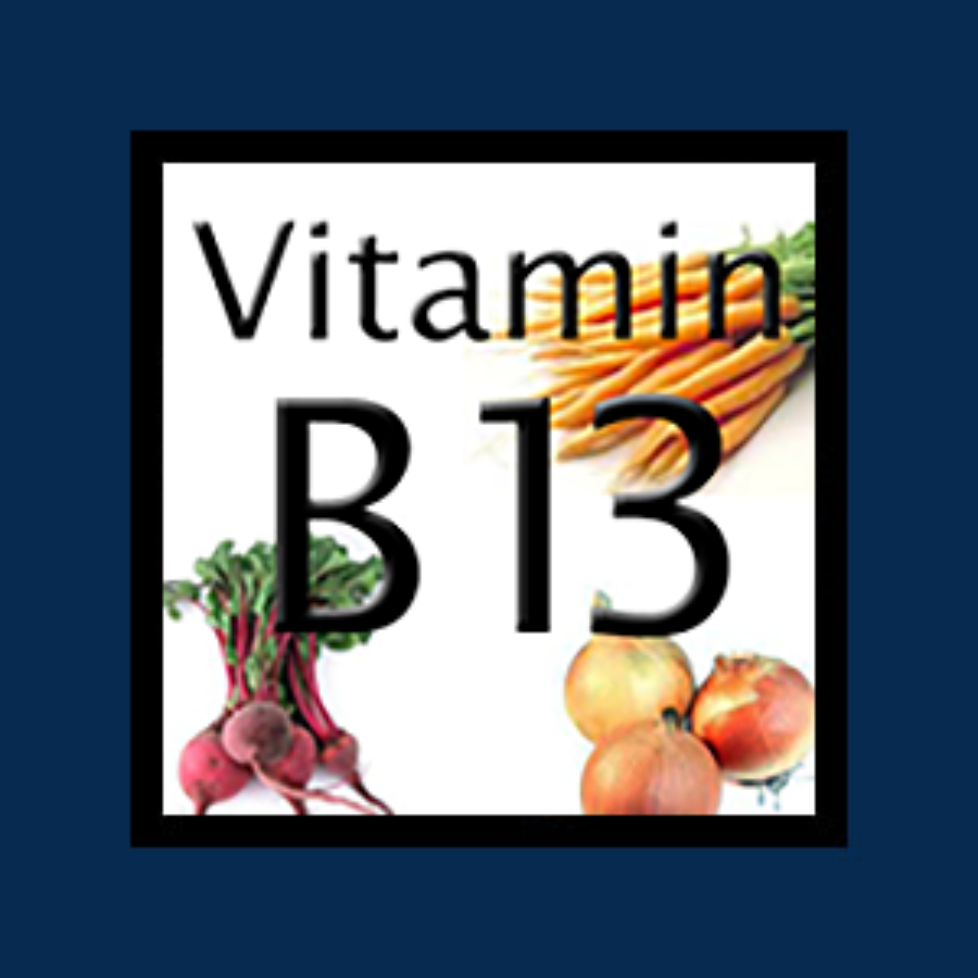 Orotic acid is a chemical overproduced in an alternative pathway when there is a block in the urea cycle. Excessive amounts of orotic acid are usually found in OTC (ornithine transcarbamylase) deficiency, citrullinemia, and oftentimes in argininosuccinic aciduria. Orotic acid determination is useful in delineating the cause of hyperammonemia. Orotic acid is an important indicator of disorders of ammonia metabolism that can lead to sickness or death in individuals with inborn errors of metabolism due to urea cycle or other genetic defects. Individuals with impaired liver function due to viral infection, alcoholism, or drug abuse and individuals with gastrointestinal bleeding also frequently excrete elevated amounts of orotic acid.

Orotic acid appears to have a direct effect on folate metabolism. Orotic acid and folate are also involved in DNA synthesis. Many of the vitamin-like effects of orotic acid are undoubtedly due to its role in RNA and DNA synthesis. Our bodies produce OA as an intermediate in the manufacture of the pyrimidine bases uracil, cytosine, and thymine. Together, these pyrimidines constitute half of the bases needed for RNA/DNA, the other half coming from the purine bases adenine and guanine which are synthesized independently of orotic acid. The enzyme orotate phosphoribosyltransferase (OPRTase), which is found in organisms ranging from yeast to humans, is responsible for catalyzing the first step in the conversion of orotic acid into uridine. It does so by facilitating the attachment of a ribose plus phosphate group to OA. The net result is the formation of a molecule named OMP (orotidine 5′-monophosphate), which in turn is the immediate precursor to UMP (uridine 5′-monophosphate). 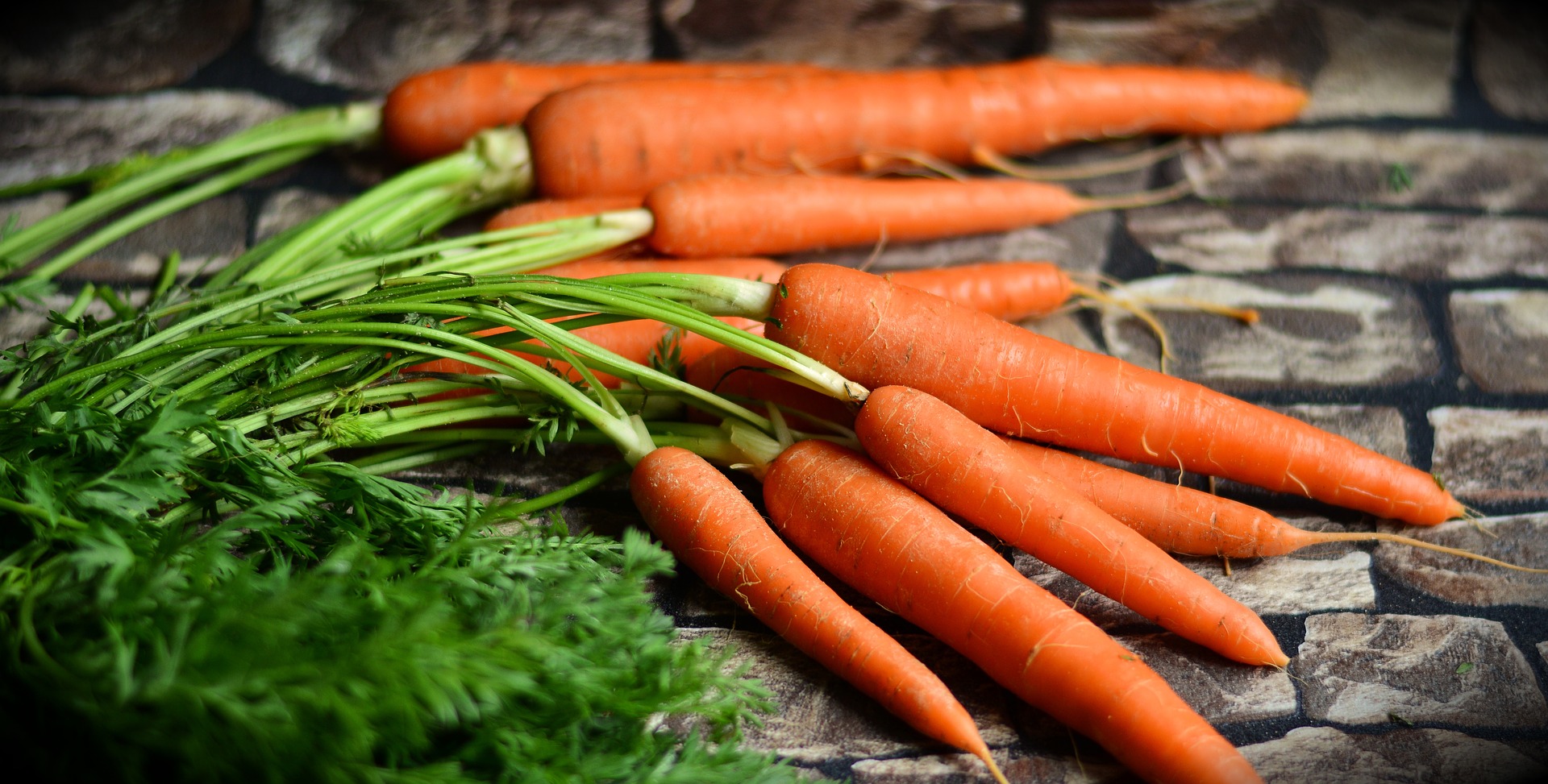