• Basics: a naturally occurring coenzyme found in aerobic organisms, essentially a vitamin or vitamin-like substance.
• Benefits: boosts energy, enhances the immune system, and acts as an antioxidant, used by the body to transform food into adenosine triphosphate (ATP).
• Dosage: 30 – 90 mg per day for general health.
• Sources: oily fish, organ meats such as liver, and whole grains.
• Overdose: generally safe with no significant side effects.

Coenzyme Q10 is very valuable in to battle and prevent heart disease. Studies have shown that people with congestive heart failure can be helped by supplementing with CoQ10. CoQ10 by Vitabase comes from Japan where it is widely used at the direction of physicians for treatment of heart disease and high blood pressure. CoQ10 100mg by Vitabase is manuafactured according to the highest pharmaceutical standards and uses only the best quality raw ingredients. Click here for more information.

Coenzyme Q10 or CoQ10 belongs to a family of substances called ubiquinones. Ubiquinone is a naturally occurring coenzyme found in aerobic organisms. Ubiquinones are lipophilic, water-insoluble substances involved in electron transport and energy production in mitochondria. Coenzymes are cofactors upon which the comparatively large and complex enzymes absolutely depend for their function. Coenzyme Q10 (CoQ 10) or ubiquinone is essentially a vitamin or vitamin-like substance.

Coenzyme Q10 has a number of important functions within the human body involving energy production and antioxidant activity. Coenzyme is used by the body to transform food into adenosine triphosphate (ATP), the energy on which the body runs. CoQ10 is involved in the making of an important molecule known as ATP. ATP serves as the cell’s major energy source and drives a number of biological processes including muscle contraction and the production of protein. Coenzyme Q10 is the coenzyme for at least three mitochondrial enzymes (complexes I, II and III) as well as enzymes in other parts of the cell.

Coenzyme Q10 boosts energy, enhances the immune system, and acts as an antioxidant. It serves as a coenzyme for several of the key enzymatic steps in the production of energy within the cell. CoQ10 is used by the body to transform food into adenosine triphosphate (ATP), the energy on which the body runs. Coenzyme Q10 supplement alone or in combination with other drug therapy may be beneficial in the treatment of several health problems, particularly cardiac conditions and diseases, breast cancer, diabetes mellitus, immune deficiency, muscular dystrophy, and periodontal disease. CoQ10 may lower blood pressure. Coenzyme Q10 may help prevent cholesterol from becoming harmful (oxidising) in the body and forming plaques in the arteries (atherosclerosis).

Coenzyme Q10 and heart disease – Coenzyme Q10 may be used in cardiovascular disease, particularly in congestive heart failure. The heart muscle contains the greatest concentration of Coenzyme Q10 in the body. Coenzyme Q10 is thought to have a protective action on the cells of the heart. Heart disease sufferers tend to be relatively deficient in coenzyme Q10. Levels of CoQ10 are low in people with congestive heart failure, a debilitating disease that occurs when the heart is not able to pump blood effectively. This can cause blood to pool in parts of the body such as the lungs and legs. Coenzyme Q10 may be particularly useful for people who suffer from irregular heart beats (arrhythmias) following a heart attack. 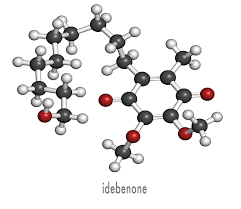 Coenzyme Q10 and cancer – As an antioxidant, coenzyme Q-10 may also have potential as an anticancer and immune-stimulating agent. Coenzyme Q10’s antioxidant actions can stop the free-radical damage believed to cause certain cancers. Coenzyme Q10 modulates immunity. Oxygen free radicals, natural chemicals that may also suppress immune function, are produced during oxidation. Coenzyme Q10 in conjunction with conventional medical treatment and other antioxidant nutrients had an increased survival rate and incidence of cancer regression.

Adult levels of supplementation are usually 30 – 90 mg per day. For congestive heart failure, angina, fibromyalgia, and symptoms of Alzheimer’s disease, take 100 mg twice a day. For arrhythmias, high blood pressure, anti-aging actions, gum disease, and cancer prevention, take 50 mg twice a day. For supplementing conventional cancer therapy, take 200 mg every morning. It is recommended that coenzyme Q10 be taken with a meal that contains oil to improve absorption. although people with specific health conditions may supplement with higher levels (with the involvement of a physician).

Coenzyme Q10 appears to be generally safe with no significant side effects. No serious toxicity associated with the use of coenzyme Q10 has been reported.