• Basics: ‘non-vitamin” nutrient that is essential to life, a cofactor in vital energy-producing reactions in the body.

• Dosage: a lower dosage of 20 to 50 mg daily is commonly recommended for use as a general antioxidant. 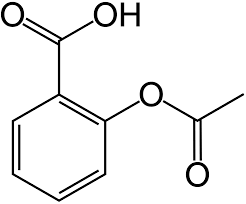 Lipoic acid is an antioxidant, which means it neutralizes naturally occurring, but harmful, chemicals known as free radicals. Free radicals are high-energy, very unstable chemical substances and are known to damage the cells, DNA, proteins and essential fats in the body. Alpha-lipoic acid boosts glutathione levels in cells, has potent antioxidant action in almost all the tissues of the body, and is a co-factor for some of the key enzymes involved in generating energy from food and oxygen in mitochondria.

Alpha-lipoic acid helps to neutralize the effects of free radicals on the body. Free radicals are waste products the body creates when food is turned into energy. The body can use some free radicals, but too many can reduce immunity needed to fight infection, cancer, and heart disease. Alpha-lipoic acid works together with other antioxidants such as vitamins C and E. It is important for growth, helps to prevent cell damage, and helps the body rid itself of harmful substances.

Alpha-lipoic acid supplements hold promise for treating various disorders, including HIV infection, liver ailments, and glaucoma. Lipoic acid shows evidence of being effective in the treatment of diabetic neuropathy and may be useful in treating some other aspects of diabetes. In addition to functioning as an antioxidant, this hard-working nutrient assists the B vitamins in producing energy from the proteins, carbohydrates, and fats consumed through foods. 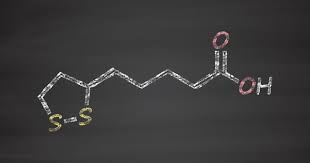 Peripheral neuropathy is a type of nerve damage that may result in decreased sensitivity, numbness, and pain, particularly in the lower extremities. Alpha-lipoic acid may help to block such damage. Because of its effect on glucose metabolism, lipoic acid my improve the glucose-lowering action of insulin.

Alpha-lipoic acid may improve long-term memory. Because alpha-lipoic acid can pass easily into the brain, it has protective effects on brain and nerve tissue and shows promise as a treatment for stroke and other brain disorders involving free radical damage. As an antioxidant, alpha-lipoic acid holds promise for protecting the body against changes in healthy cells that lead to cancer. The evidence for this cancer-preventive effect is still preliminary, however. Alpha-lipoic acid may benefit anyone whose limbs tend to tingle or become numb, or “fall asleep” due to nerve compression.

Alpha-lipoic acid may prove useful in the treatment of chronic hepatitis because it relieves stress on the liver and helps rid the body of toxins. As an antioxidant, alpha-lipoic acid shields the liver from potentially harmful cell changes and assists it in flushing toxins from the body. This makes it useful in treating such liver disorders as chronic hepatitis and cirrhosis.

Currently there are no established recommended doses for supplementation. For use as a general antioxidant, a lower dosage of 20 to 50 mg daily is commonly recommended. Recommendations for the use of racemic alpha-lipoic acid as an antioxidant range from 50 mg/day to 400 mg/day. The typical dosage of oral lipoic acid for treating complications of diabetes is 300 to 600 mg daily. Alpha-lipoic acid can be purchased in dosages ranging 30 mg to 100 mg tablets.

Alpha-lipoic acid is mainly derived from dietary sources. Most alpha-lipoic acid in food is derived from lipoamide-containing enzymes and is bound to the amino acid, lysine (lipoyllysine). Good food sources of alpha-lipoic acid include spinach, broccoli, beef, yeast (particularly Brewer’s yeast), and certain organ meats (such as the kidney and heart). Animal tissues that are rich in lipoyllysine include kidney, heart, and liver, while plant sources that are rich in lipoyllysine include spinach, broccoli, and tomatoes. Supplemental doses of alpha-lipoic acid are hundreds of times higher than the amounts that can be obtained from food, and should be considered pharmacologic rather than physiologic doses.

Alpha-lipoic acid is very safe at commonly recommended dosages. There are no reports of toxicity from alpha-lipoic acid overdose in humans. Intakes of as much as 600 mg per day have been used for treatment of diabetic neuropathy, with no serious side effects. 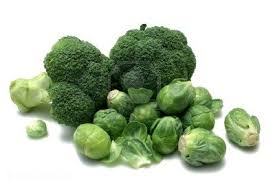