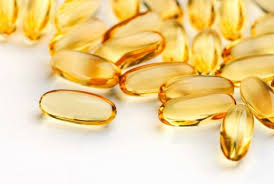 Rutin is a bioflavonoid that works with vitamin C and assists in reducing pain and intraocular pressure. Bioflavonoids are important nutrients due to their ability to strengthen and modulate the permeability of the walls of the blood vessels including capillaries. Rutin is a phenolic antioxidant and has been demonstrated to scavenge superoxide radicals. Rutin may also help maintain levels of the biological antioxidant reduced glutathione. Rutin is known to offer nutritional support to the circulatory systems including the capillaries in eyes. Rutin is especially helpful in preventing recurrent bleeding caused by weakened blood vessels. Rutin can be used to treat chronic venous insufficiency, glaucoma, hay fever, hemorrhoids, varicose veins , poor circulation, oral herpes, cirrhosis, stress, low serum calcium, and for cataracts. Rutin is used systemically but also topically in cremes and ointments that are applied to stimulate blood circulation and reduce capillary fragility in the body extremities.

Rutin is most abundant in apricots, buckwheat, cherries, prunes, rose hips, the whitish rind of citrus fruits, and the core of green peppers. Buckwheat is rich in proteins (12-15%) and essential amino acids such as lysine (5-7%) that are deficient in major cereal crops, and is also abundant in lipids, minerals (iron, phosphorus, and copper), and vitamins (B1 and B2) and rutin. Rutin is not found in other grains such as rice, wheat, etc. or beans.