In view of the lifestyle changes due to workplace and leisure practices, together with an aging population, vitamin D supplementation now forms an important part of a healthy lifestyle. Vitamin D – 400 by Vitabase is manuafactured according to the highest pharmaceutical standards and uses only the best quality raw ingredients. Click here for more information.

Vitamins are necessary in small amounts for normal metabolism and good health. Vitamins are of vital importance in maitaining hunman health. Vitamins assist in the formation of hormones, blood cells, nervous-system chemicals, and genetic material. Vitamins mainly serve as catalysts for certain reactions in the body. They combine with proteins to create metabolically active enzymes that in turn produce hundreds of important chemical reactions throughout the body. They are required to do many things and their excess or depletion can lead to acute and chronic disease. Deficiencies of most of the vitamins will result in corresponding diseases.

Vitamin A is essential for the functioning of the immune system. Vitamin A deficiency occurs with the chronic consumption of diets that are deficient in both vitamin A and beta-carotene. People most at the risk of vitamin A deficiency are children between six months to six years, pregnant women, and lactating women. For children, vitamin A deficiency causes severe visual impairment and blindness, and significantly increases the risk of severe illness, and even death, from such common childhood infections as diarrhoeal disease and measles.

Vitamin B1 (thiamin) is essential for the body to be able to use carbohydrate as an energy source as well as for metabolising amino acids. A lack of sufficient thiamine in the diet can cause loss of appetite, poor digestion, chronic constipation, loss of weight, mental depression, nervous exhaustion, and insomnia. It can lead to muscular weakness, leg cramps, slow heartbeat, irritability, defective hydrochloric acid production in the stomach and consequent digestive disorders. Thiamine deficiency occurs as a result of many factors, including crash dieting, alcohol abuse, liver disfunction, kidney dialysis, and sustained periods of IV nutrients. 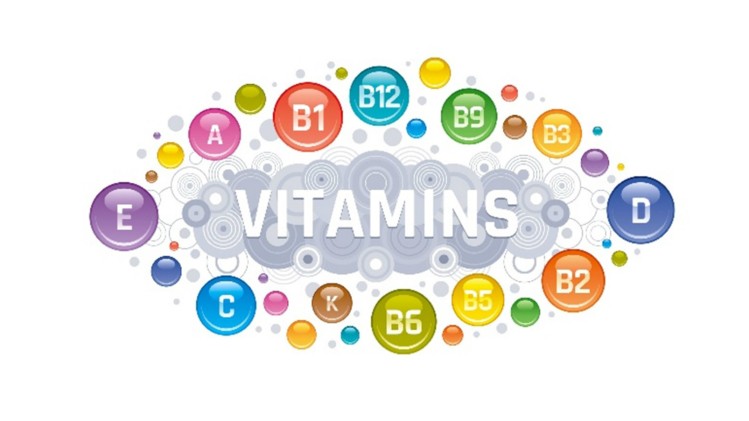 Vitamin B2 is a water-soluble vitamin needed to process amino acids and fats, activate vitamin B6 and folic acid, and help convert carbohydrates into the fuel the body runs on adenosine triphosphate (ATP). The most common cause of riboflavin deficiency is dietary inadequacy, which occurs in those who do not consume rich dietary sources of the vitamin. Riboflavin deficiency has profound effects on the metabolism of carbohydrates, fats, and protein. A deficiency of vitamin B2 (riboflavin) may result in bloodshot eyes, abnormal sensitivity to light, itching and burning of the eyes, inflammation in the mouth, a sore and burning tongue, and cracks on the lips and in the corners of the mouth.

Vitamin B3 is used by the body to release energy from carbohydrates. Vitamin B3 contributes to more than 50 vital bodily processes. A niacin deficiency often leads to a chronic illness called pellagra, characterized by gastrointestinal problems, lesions of the skin, and dementia. If left untreated, death is the usual outcome of pellagra. Because of its unique relationship with energy production, vitamin B3 deficiency is often associated with general weakness, muscular weakness, and lack of appetite. The most common symptoms of niacin deficiency involve the skin, digestive system, and the nervous system. Vitamin B3 deficiency is rare, but can occur in alcoholics, individuals with poor or irregular diets and in individuals with medical conditions causing malabsorption from the intestinal tract.

Vitamin B5 (pantothenic acid) is essential for human growth, reproduction and many normal bodily processes. Pantothenic acid deficiency is extremely rare in any but the most impoverished societies and is generally associated with severe nutritional deficiencies such as Kwashiorkor or marasmus. Pantothenic acid deficiencies may occur in people with alcoholism but are generally believed to be rare. Symptoms of a vitamin B5 deficiency may include fatigue, insomnia, depression, irritability, vomiting, stomach pains, burning feet, and upper respiratory infections.

Folic acid is a B vitamin needed for cell replication and growth. The demand for folic acid increases when human cell growth is very active, such as in pregnancy, during breastfeeding, growth and some cancers. Folic acid deficiency is one of the most common nutritional deficiencies and has been observed in alcoholics, pregnant women, people living in institutions. Folic acid deficiency may cause poor growth, graying hair, inflammation of the tongue (glossitis), mouth ulcers, peptic ulcer, and diarrhea. It may also lead to certain types of anemias. Toxicity from excessive folic acid intake does not normally occur, as folic acid is water soluble and regularly excreted by the body.

Vitamin B12 is essential for the proper production of blood platelets and red and white blood cells, the manufacture of vital substances needed for cell function, and the metabolism of nutrients necessary for cell growth. Vitamin B12 deficiency can be a factor in a variety of different health conditions and disorders. B12 deficiency inhibits of severy decrease the bodies ability to produce blood, increases blood cell destruction, and is very harmful to the nervous system. A deficiency of vitamin B12 (cobalamin) deficiency can cause pernicious anemia, which is marked by fewer but larger red blood cells. Deficiencies can cause walking and balance disturbances, a loss of vibration sensation, confusion, and even dementia.

Vitamin C is an essential nutrient for humans. Vitamin C is an important antioxidant vitamin involved in the development of connective tissues, lipid and vitamin metabolism, biosynthesis of neurotransmitters, immune function, and wound healing. Vitamin C deficiency results in an underhydroxylation of proline and lysine in collagen which results in a lower melting temperature of the resulting collagen fibers which causes a breakdown of the protein collagen needed for connective tissue, bones and dentin, the major portion of teeth. A severe form of vitamin C deficiency is known as scurvy, which mainly affects older, malnourished adults.

Vitamin K plays an important role in blood clotting and bone metabolism (carboxylation of osteocalcin). Vitamin K deficiency is often the result of impaired absorption rather than not getting enough in the diet. Individuals with vitamin K deficiency usually have an increased propensity to bruising and bleeding. Deficiency can occur in persons of any age but neonates are at risk of developing haemorrhagic disease of the newborn. Symptoms of vitamin K deficiency include easy bruisability, epistaxis, gastrointestinal bleeding, menorrhagia and hematuria. 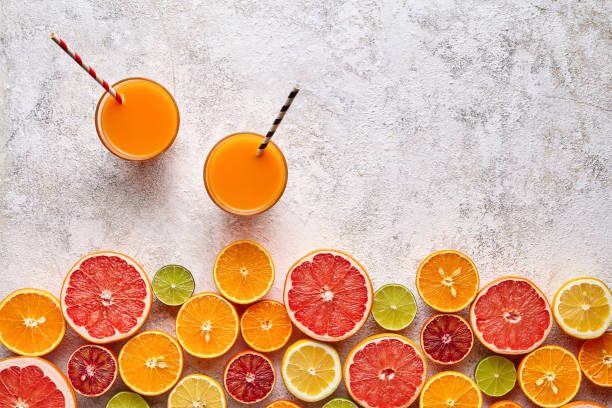