Sources of vitamin A can be divided into two groups: one is animal source, and the other is vegetable source. Vitamin A comes from animal sources such as eggs and meat. Vitamin A, in the form of retinyl palmitate, is found in beef, calf, chicken liver; eggs, and fish liver oils as well as dairy products including whole milk, whole milk yogurt, whole milk cottage 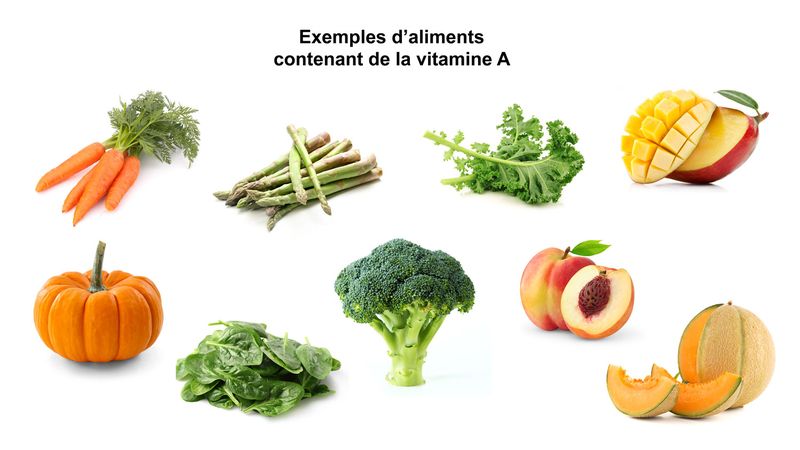 Natural sources of thiamine (vitamin B1) are common and include meats, poultry, whole grain cereals, nuts, legumes, and brewer’s yeast. Limited quantities of thiamine can be found in most foods, but large amounts of this vitamin can be found in pork and organ meats. Foods low in thiamine and likely to increase the body’s demand for this vitamin include white rice, sugar and sugar rich foods such as lollies, soft drinks, ice cream, foods containing bicarbonate of soda such as biscuits and cakes.

Riboflavin (vitamin B2) is found in a variety of food sources. The most abundant sources of this vitamin are milk, milk products and liver. Other food sources of riboflavin are oysters, lean meat, green leafy vegetables, mushrooms, asparagus, broccoli, avocados, Brussels sprouts and salmon. Oily fish, such as mackerel, trout, eel, herring, and shad, have substantial levels of riboflavin, too. Nori seaweed is a fine source.

Vitamin B3 (niacin) can be found in nuts, dairy products, lean meats, poultry, fish, and eggs. Some niacin is also supplied by legumes and enriched breads and cereals. The best dietary sources of vitamin B3 are found in beets, brewer’s yeast, beef liver, beef kidney, pork, turkey, chicken, veal, fish, salmon, swordfish, tuna, sunflower seeds, and peanuts. In plants, especially mature cereal grains like corn and wheat, niacin may be bound to sugar molecules in the form of glycosides, which significantly decrease niacin bioavailability.

Vitamin B5 is found in a very wide variety of foods. Foods that have high levels of vitamin B5 include organ meats (e.g. liver and kidney), eggs, fish and shellfish, lobsters, poultry, soybeans, lentils, split peas, milk, yoghurt, avocado, mushrooms and sweet potatoes. The best sources of pantothenic acid include eggs, liver, fish, chicken, whole grain breads, cereals and legumes. Other good sources are cauliflower, broccoli, lean beef, white and sweet potatoes, and tomatoes. Most fresh vegetables are good sources for Vitamin B5.

Sources of vitamin B6 (pyridoxine) are whole (but not enriched) grains, bread, liver, cereals, spinach, green beans, and bananas. Vitamin B6 (pyridoxine) is contained in some amounts in all foods. Foods that contain the highest amounts are brewer’s yeast, carrots, chicken, eggs, fish, meat, peas, spinach, sunflower seeds, walnuts, and wheat germ. Pyridoxine is needed in proportion to the amount of protein consumed. Foods rich in Vitamin B6 include white meat (poultry and fish), bananas, liver, whole-grain breads and cereals, soyabeans and vegetables. Vitamin B6 is sensitive to ultraviolet light and heat, so large amounts of this nutrient are lost during the cooking process.

Amygdalin (vitamin B17) is found in most all fruit seeds such as the apple, peach, cherry, orange, plums, nectarine and apricot, often in the extraordinary concentration of 2 to 3 percent. The apple seed is equally rich in vitamin B17. It is found in some beans and many grasses such as wheat grass. Other foods that contain vitamin B17 are bitter almonds, millet, lima beans and more.

Inositol is available from both plant and animal sources. Natural sources of inositol include wheat germ, brewer’s yeast, bananas, liver, brown rice, oak flakes, nuts, unrefined molasses, vegetables, and raisins. Available naturally from plant and animal sources, the plant form of inositol is combined with six phosphates and is known as the “anti-nutrient” phytic acid. Most dietary inositol is in the form of phytate, a naturally occurring plant fiber that is believed to possess antioxidant properties.

Dietary sources of carnitine include foods of animal origin, such as meat and dairy products. Red meat (particularly lamb) and dairy products are the primary sources of carnitine. Carnitine can also be found in fish, poultry, tempeh (fermented soybeans), wheat, asparagus, avocados, and peanut butter. Cereals, fruits, and vegetables contain little or no carnitine. Carnitine can be manufactured in the body provided the requisite vitamins and minerals are also present. A typical Western diet supplies about 100mg of carnitine per day.

Vitamin E is found in the fatty parts of foods. Vitamin E is found in many common foods, including vegetable oils and products made from these oils, wheat germ, nuts and green leafy vegetables, although the researchers evaluated only the pill form of the vitamin. The best sources of vitamin E are vegetable oils, such as corn oil, soy oil, and peanut oil. Animal fats, such as butter and lard, contain lower levels of the vitamin.

Alpha-lipoic acid can be synthesized by plants and animals. The biosynthetic pathway for alpha-lipoic acid is not known, but it appears to be synthesized in the mitochondria from an 8-carbon fatty acid and elemental sulfur. nimal tissues that are rich in lipoyllysine include kidney, heart, and liver, while plant sources that are rich in lipoyllysine include spinach, broccoli, and tomatoes.

The natural forms of vitamin K that are found in many foods, particularly in vegetables such as collard greens, spinach, broccoli, asparagus, brussels sprouts and salad greens, are a different form – they are called phylloquinone or menaquinone. Leafy green vegetables, such as spinach, kale, collards, and broccoli, are the best sources of vitamin K. 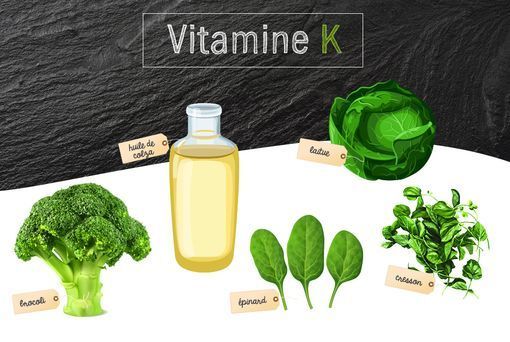